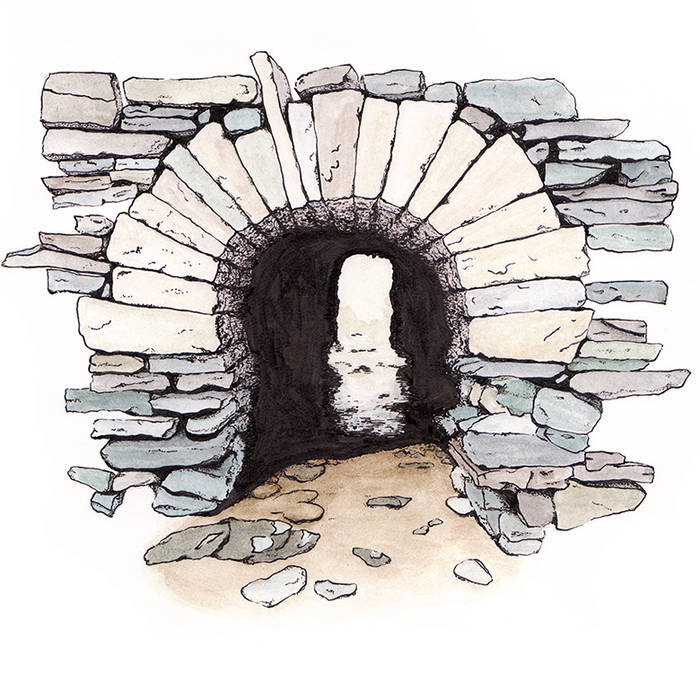 We stayed at Justin's cabin while working on Light by Light. It's a simple two room house tucked into the woods on larch mountain, a few miles beyond the burned out shell of the view point inn, and about thirty or forty minutes from portland, depending on how fast you take the turns. When we weren't picking away at the unsettling task we had put ourselves to, we'd run his malamute, Koa, along overgrown logging trails, crash weddings at edgefield, and watch the days shorten and curl, hiking through the surrounding forest at the edge of August. As our time there did something akin to flushed water in a toilet bowl, the fever of isolation began to periodically blot out our muse. In one of these clouds of rarified thought we decided to bike all the way up to the top.

We borrowed a pair of mountain bikes from Justin's neighbors after outmaneuvering their dogs, filled the neglected tires with air and started to weave our way up a one lane stretch of asphalt. After two hours of first gear, watching the copper sun diffuse more and more as overcast skies intervened, we arrived to an empty parking lot. At the apex the clouds thinned just enough for mt hood to look like a ship refusing to dock. The mist was soaking my cloths, and I had to squint through the wind that carried it, but I knew there was so much more beyond that cap of grey, that the valley repeated its texture of noble firs until the blue tones on the far hills became too thick to make them out.

I've had older friends describe it before, the feeling you get from the world when you're hitting its grain and its telling you to change direction. At that moment it looked like a fall you couldn't see.

I wanted to make this record, I thought we should make this record, and what is obvious in retrospect is that everything this record is about -the content of all the songs in phrase and feeling, the journey it took to be made, the confusion and pain that brought me here- it all came from the same mentality. It wasn't even that romantic visionary stubbornness, that idea of fighting to bring a dream to life that carries so much implied righteousness these days. It was just youth, ignorant of how to relax into the beat of the world, that made that place, then these songs, and then this record.

I guess it sounds like we made something wrung from a dish rag, and sometimes during its slow creation a song or two needed more than I wanted to give, but no matter how much coaxing or coercion the idea took, I wouldn't have let this out if I thought it wasn't something I meant. This record is the greatest thing we've ever made. Every bit of each song is painstakingly deliberate. There are ten seconds, maybe twenty, of Going Blind that make this entire struggle worth it for me.

We made this over eight months. Every step was a fight. Now we are done. This is what an end you didn't see coming sounds like.

Zinnie for Short is Noah Kite and Corey Distler

Produced by ZFS and Matt Thomson

Zinnie For Short is a folk/post rock project created by Noah Kite to act like gilded glue to his heart fragments. Kite is an American songwriter and musician, whose music is best described as dramatic, emotional folk-pop that swirls and eddies in ripples of sadness and hope. ... more

Bandcamp Daily  your guide to the world of Bandcamp